I would love to talk to Pope Francis and Stephen Hawking about the continuing creation and re-creation of life.

Science is the study of the infinite creation and re-creation processes going on within our eternal multi-verse.

"It is within this cycling infinity...that we live and move and have our being"

E=mc2 implies that we live in a single universe made up of star planet and moon particle systems and also the smaller atom particle systems that make up them. It took me 25 years to get my head outward past the edge of our universe and inward past the center of the atom. This extension to Einstein's equation <oO< suggests that we live in a truly infinite field of particle systems that are finer and faster as we go inward...and slower and coarser as we go outward. In other words...Our Universe could be observed as a particle depending on the point of view of an observer.

I sent this equation out into the internet ocean in late 2004, just in time for the 100th anniversary of E=mc2 (God Bless Albert For Being A Pacifist And Peace Promoter)

E=mc2 may represent the finite power of man, but (E=mc2)<oO< represents the infinite power of God. It would also explain the finer more powerful energy involved in miracles and other God/Love/Life phenomenon.

As causality...it is action/reaction mechanics raised to the power of infinity

As synchronicity...it looks like a piscean <O>< has caught the theory of relativity...in a net

[12] But as many as received him, to them gave he power to become the sons of God, even to them that believe on his name:
Rom.8
[14] For as many as are led by the Spirit of God, they are the sons of God.
[19] For the earnest expectation of the creature waiteth for the manifestation of the sons of God.
Phil.2
[15] That ye may be blameless and harmless, the sons of God, without rebuke, in the midst of a crooked and perverse nation, among whom ye shine as lights in the world;
1John.3
[1] Behold, what manner of love the Father hath bestowed upon us, that we should be called the sons of God: therefore the world knoweth us not, because it knew him not.
[2] Beloved, now are we the sons of God, and it doth not yet appear what we shall be: but we know that, when he shall appear, we shall be like him; for we shall see him as he is.

[29] For whom he did foreknow, he also did predestinate to be conformed to the image of his Son, that he might be the firstborn among many brethren.

Bless Life's Messengers and Saints Of Love And Peace!

And...The Sons and Daughters As Well!!!

May The Godzzz Of Love And Peace... Shine On And Through US ALL !!! 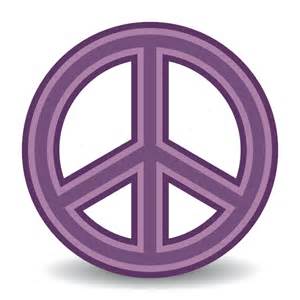 Time is fluid and relative

Salvador Dali said, Yeah...and it kind of looks like this:

Time is fluid and relative

Salvador Dali said, Yeah...and it kind of looks like this:

Nice to hear from someone here in this thread, Tori. :) I first saw Dali's painting in the mid 70's. Very interesting indeed. Albert always said that his theories were not to replace Newton's, but simply an expansion on them. This 21st century is rapidly moving toward the ultimate expansion and unification and clarification of all theories. I have always loved to think broadly and deeply about things. In the last couple of years I have discovered partly why this is true perhaps. 2 of my 3G Grandparents were born 40 years before and just a few miles from where Einstein was born. :)