Oh that is so great, and the illustrations look so cute!   Can't wait  to buy a copy of this. He's always had a talent for story-writing.  One of the grandchildren in the illustrations reminds me of Paul with glasses, lol, and looks just like him 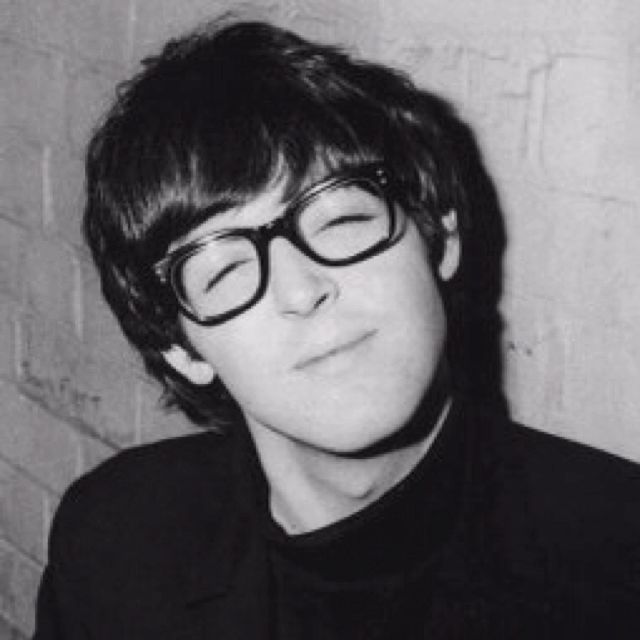 When I first read the article earlier this morning I didn't believe it. haha but the video shows it is true! I saw this on Paul's official Facebook page. It looks like a cute book. Just as Paul is cute himself for coming up with that idea for that book. Paul is so darn cute I cannot stand it lol!!!! He sure does have a variety of talent not just with music, but art as well.

That's real cute. Looks and sounds charming. Paul could have illustrated it himself, he's such an outstanding, unique visual artist; I would have loved to see his drawings and paintings for this project.  These are good too.

I'm a bit puzzled wondering aren't all his grandkids almost teens, now? And the eldest, Arthur, is a teen, a freshman at Harvard.  It doesn't matter if they're a bit older than very young kids. They will still enjoy and prize this children's book for them.

I say ! Thanks for all the great info ! No wonder he thought to pen a charming children's tome for them. Maybe some of his nephews and nieces have their own kids now who aren't long out of the "rugrat" stage. So that would mean Paul has greatnieces and greatnephews and is a greatuncle as well. Do you know about them, too, Nancy? His nieces and nephews? Perhaps they're all still quite young as well and haven't married and had kids yet.  It makes my head spin thinking about how big Paul's extended family is and it's so great they're all doing well and everything. One never hears otherwise. That is perhaps his greatest blessing. Well, I know it is. All that family! All those children! His son James is 40 now and maybe he'll wed and have kids too eventually. And Heather McCartney.  Well, not everybody is meant to be married though, some aren't cut out for it. I finally heard Paul's son James talking, his speaking voice, in a video recently. He seems all chill and laid back, a gentle sort of lad, quite appealing. I know he's got a beautiful singing voice I just love, and writes beautiful songs (wonder where he gets that from? LOL). Wondering if any of Paul's grandkids and nieces and nephews have musical talents of their own, nearly drives me mad with curiousity! I don't suppose we'll get to find out. Or, not any time soon (?). Paul needs to stick around until he's at least 103, to find out what they all do, what paths they take. I believe he will!  He's enjoyed a charmed life, for the most part, so far.  He mentioned he's been out and about with one of his nephews recently.  Called him "Len" I think. Not sure, though.

That Alasdhair Willis must be the best looking man in England ! He's bloody gorgeous ! Don't you think? Simon Aboud is very attractive too, with those  dark smoldering looks. The black hair and black eyes.  I don't know about Alastair Donald. I haven't seen any pictures of him.

I know at least some of Paul's grandsons look like him, and even have Beatle-looking hairstyles.  His daughter Beatrice has a baby face like Paul's. Maybe his granddaughters have that too.

Mike & 2nd wife Rowena have 3 boys: Josh, Max and Sonny (in that order) You may have seen pics of them at Paul’s wedding to Nancy in 2011. (Wow - Oct. 9th it will be 7 year anniversary!)  Also don’t know if any of them are married and have kids. He married Rowena in May of 1982, so the oldest boy can’t be more than close to 36 (if she was pregnant when they married like Angela was - they married in June 1968)

Simon Aboud is not good-looking to me, but Sid and Sam are. P.S. Simon’s eyes look blue here:

Thanks for the skinny on Paul's big fam, Nancy R, where do you find all that ? Alistair Donald is handsome, too, and boasts a long list of accomplishments--Alidstair Willis and Simon A. better start hoppin' to catch up with him ! Paul's crowd are all achievers, no slackers at all, looks like. I find Simon Aboud handsome, too, with those icy blue eyes and dark looks.

Ya know it occurs to me, Paul Mc. might have been in danger of being a bit sexist, with his Northern England upbringing and all...but he truly  appreciates females and "The Eternal Feminine" too much to be (laughs merrily), and also he's got four daughters, two grand daughters and three nieces (and maybe some grandnieces) !  All those McCartney women ! And has been married thrice and had beaucoup girlfriends. He appreciates the ladies (and the feeling is mutual !).

I have a notebook where I write down names and dates when children are born in the Beatle world, along with husbands, wives, marriage dates, death dates. I have a genealogy page for each Beatle that I started when I was a kid. Just keep adding to it as the years go by. The links to photos of Mary & Stella’s husbands I just Googled.

Some info I get from biographies like Mike McCartney’s The Macs and Mark Lewisohn’s Tune In. (for ancestors)

That's pretty cool, I think.  I'm gonna get a copy as soon as it's released.  I think that's in September,  Maybe I should reserve one now!!!

I'm really looking forward to this book.  Paul no doubt is very proud of his grandchildren and of being a grandfather (grandude I should say! lol) so he probably enjoyed creating this story very much.  He's always been young at heart, so Grandude is a perfect and very cool name for him!

Oh that is so great, and the illustrations look so cute!   Can't wait  to buy a copy of this. He's always had a talent for story-writing.  One of the grandchildren in the illustrations reminds me of Paul with glasses, lol, and looks just like him