kapoo:
check it out, I just now got curious whether anyone ever did a song called Penguin before, and I found this! you have stiff competition in the Penguin song marketplace illwobble

That's a nice song! Nice video too.
Yeah, I think you're right. Only other think I could find was a dance track which was in the news recently over a plagiarism charge
http://www.bbc.co.uk/newsbeat/14238897
Pretty unlistenable though.

Ok, here's a real one. First single I ever bought: 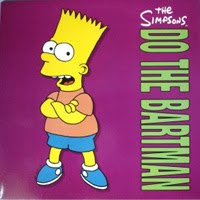 kapoo:Hey whats up ill, just wanted to add, I?m actually really digging this song right now. I love it in some weird way and I cannot figure out!

Probably just that its good

but the melody is agreeing with me 100%, especially the lines in the verse that go:

The penguin glides through the icy sea, but you and me
We don't get by so easily

Sometimes we don't talk at all, but when I call
You answer me so we won't fall

That?s just very sweet sounding to me. nice 'you and me'/'easily' rhyme, and I love the 1.. 2.. 3.. timing of those particular notes. anyway now I'm getting meticulous alread at 9:30am... but when I get a means to record again, I may break out a cover version of this. would you mind if I tried it? Its in a style that I like. You mentioned Jack Johnson, I think he would do amazingly well with this song. Its so freaking chill it makes me want to dance!

but Paul would have killed this song had it been on Ram or something! or the White Album :cool:

some clarification to my comments before also, I don?t mean to say your song needs work, only that it can be worked on the same way any song can, especially one with such a beautiful melody! pretty mundane observation on my part: practice makes perfect!

but thats what I was getting at. I still hear in the vocal that its a new song. s**t sometime after I write one I can barely sing it at all

Btw how many songs have you written? Did you write this song and then show it to your buddy and he worked out and extrapolated his guitar part from that? Or did he have the guitar part, and you wrote the lyrics to it? just was curious. Later!

Kapoo, this is high praise indeed! Of course I'd be delighted for you to cover my song!! Just send me a copy of anything you record and check the copyright notice and lyrics, etc.

I've not written many songs at all, certainly not since I was young. You know how the creativity can get sucked out of you as you grow up? When I was 10 I was constantly composing music and writing poems, but then gradually less as I got older. When I was at Uni I wrote one love song about a girl I had a crush on, and a couple of songs based on psalms (none of which I recorded), and a couple of stupid things I sang with a friend: http://www.youtube.com/watch?v=V0Vq2_lwlcE.
As for how I wrote this song, I wrote the first verse and whistled that through with Magnus lots of times and worked some stuff out, and then a couple of days later I got out of bed late inspired to write the chorus and the rest (lyrics and tune), so it was more or less finished when I met up with him, and he was able to work out all the chords and discuss stuff.

Thanks again for your interest in the song! Really glad you like it so much!

Hey Kapoo, since you're interested, I wonder if you had any thoughts on Take2 of the song, where we slowed it down a little? Anything in this one you prefer to take1?

21st Century Paul:well, George Soros was right, again:
"The discussion about debt in the USA is theatre" meaning they would sign the thing in the very last moment, Hollywood way, you know...

"mainly theatre and will be resolved", I expected it to be resolved in the very last minute or so...

So basically China is going to own the USA now? Is that about it?

A lot of the songs here I would gladly sing in a decent sized, mildly filled auditorium.

Including Do The Bartman, or not?

SusyLuvsPaul:'how many people' 'distractions' and 'don't be careless love' are my least favorite songs on 'flowers in the dirt.' i don't know why, exactly, but 'distractions' kind of depresses me. 'how many people' kind of bores me as i don't much like reggae music and find it too simplistic and dull. 'don't be careless love' there's something about it i don't care for, an alfred hitchcock style english morbid element describing violent acts (although warning to avoid them) such as in 'maxwell's silver hammer' (which is a very cute peppy number though, paul just loved it back then, wonder if he does, now?) and the line in 'rocky raccoon' 'to shoot off the legs of his rival.' these are the only times he's used violent, macabre imagery. i think.
then in part of the song they or paul sounds like he's singing from under water, it's a weird sound i blame elvis costello for instigating.
i love 'rough ride' and the lush, gorgeous, starry eyed 'motor of love' though and have gone into detail on those songs previously. 'rough ride' sounds sophisticated, the cultured reflections of a brilliant mature man. yet he's admitting a certain fear, a poignant touching worry about his chances of going to heaven 'got to get inside, what do i do?" 'ou est le soleil' (dans la tete) --i think it sounds sort of exciting

you can't ignore it or claim it makes no impression. i fancied paul's singing in french again, as he did on 'michelle.' it's a rush, a vivid strong fast effect like something fierce coming at ya, gets my blood boiling and the old ticker thumps rapidly with a basic earthy reaction of red hot excitement (i make it sound like it could give me a heart attack (LOL.) it's very stirring and primal. rather like the exotic 'world music' type ditty 'pretty little head' on 'press to play'... ooooo, i feel like running around in the tropical rain forest with cool paintings adorning my shiny wet naked body and wild beautiful markings on my sweaty visage

Susy, I cannot believe how much I disagree with you on this album!! To me, all 8 of the first tracks are excellent or very good. Then Don't Be Careless Love is just good, That day is done is very good, How Many People is pretty cheesy and a bit embarassing, Motor of Love is terrible and even more embarassing, and then Ou Est Le Soleil is quite interesting and ok. For me the absolute standout is Distractions which I cannot get out of my head and I think is just brilliant and so lush-sounding. But you say it depresses you?

: Please tell me you've changed your mind a bit on this album since you wrote this 2 years ago!

Forum: NOT SUCH A BAD BOY
Thread: Flowers In The Dirt a real masterpiece
Post

Smog - Vessel in Vain
from this beautiful opening scene to the brilliant but rather grisly "Dead Man's Shoes".

Quite a different film from "Jungle Book", actually!!

kapoo:Dang, you copyrighted that song? you are on the ball man. yeah, as far as any of you know all mine are copyrighted also.

and if I ever sell a copy of my as of yet un-made version of Penguin, I will be sure to have my people contact your people

You did worry me a bit with this comment, as I wondered if I'd forgotten to do something, but copyrighting doesn't take any real effort! I had to check after what you said though!

great tune. I think I like the faster one of the two, though you started nailing the melody there for a while in the slower one :cool: all good, as they say.

Thanks again for the input Kapoo!

Forum: WHAT'S THAT YOU'RE DOING?
Thread: &quot;Penguin&quot; &amp; other songs by illwobble